How to use the arts to teach social and emotional skills 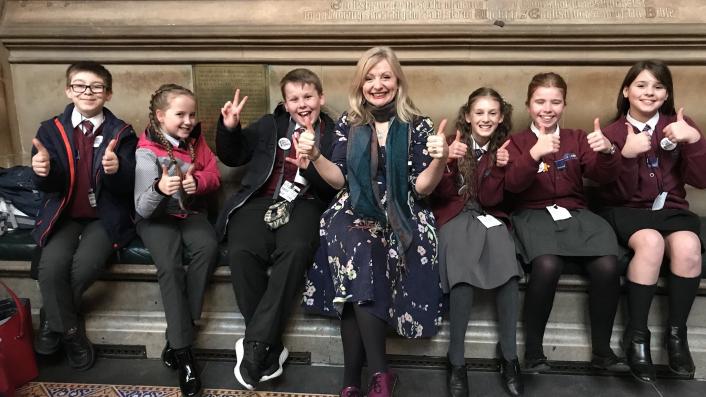 When Mandy Barrett joined Gomersal Primary School in West Yorkshire four years ago, the specialist art teacher inherited a huge art room and a headteacher who wanted to make the most of it.

"It’s a very relaxed space," says Barrett, describing the room. "The work that children do in here isn’t marked, so there are no judgements and there is no criticism. It’s a place they can come to and just be themselves."

With a top-notch reputation in the region for creativity, the school’s emphasis on the arts permeates the whole curriculum, and never more so than in Children’s Art Week (9-17 June), when the entire school will be bright and colourful with vivid displays.

"The children’s learning is on show throughout the whole environment," says Barrett. "We see it as really important that creativity is something that’s present throughout the week, in every class.

"While drawings, paintings and sculptures are among the more visible outcomes of Gomersal’s arts agenda, Barrett is clear that creative expression brings other benefits, too.

"When children enter the art room, they have a choice as to what they do in there. I give them tasks and they choose the materials they want to work with. They’re totally free to pursue their own direction, which fosters a sense of independence and makes children feel valued, confident and that their choices count."

The freedom of expression

Giving pupils a voice in how arts subjects at the school are organised, Barrett set up an arts council and children in Years 5 and 6 were invited to submit a written application in order to join. Meeting regularly to consider a range of ideas put forward via suggestion boxes, pupils on the council get a real say in the running of their school. Earlier this year, the council was also invited to Parliament to share its views with a committee of MPs on the value of creative subjects.

"The children told them how they felt arts should be included more in schools, and how they loved being able to be more creative instead of constantly being tested and made to feel not good enough," Barrett says.

Applying for an Artsmark Award was a "logical next step" for Barrett. Accredited by Arts Council England, Artsmark is the creative quality standard for schools—an initiative that provides training, advice, practical resources and introductions to local cultural organisations for participating education settings.

In the belief that every young person should have the opportunity to create, compose and perform, Artsmark provides teachers with a framework to plan, develop and evaluate arts, culture and creativity across the curriculum. Schools are awarded silver, gold or platinum status based on their achievements.

When it comes to teaching social and emotional skills, the arts are the primary vehicle used at Prior’s Court in Berkshire, a special educational needs and disability school that supports students with severe autism, aged 5 to 25.

Louise Cole is head of middle school at Prior’s Court, as well as its creative lead. On joining the school, she found its art offering to be quite limited, with a focus on teaching skills for independent living.

"There were no arts events taking place at school," says Cole, who wanted to introduce greater opportunities for personal expression and creative learning for students.

On its journey towards achieving its Artsmark Gold award, Prior’s Court was able to implement a creative curriculum that supports students’ social, emotional and communication skills.

The majority of young people at the school are non-verbal and many also have severely challenging behaviours, as well as medical problems such as cystic fibrosis and epilepsy.

"Being non-verbal can be frustrating and lead to behaviours such as aggression or getting stuck in routines. Because of that, it’s extremely important students have some sort of outlet where they can express themselves," says Cole.

To ensure that students are given a voice and feel empowered, Cole also set up an arts council that meets twice a term and allows the young people to make decisions about arts activities; from choosing the school’s music festival playlist to selecting events they wish to participate in. With support from a speech and language therapist, they get students' feedback, which helps to inform future planning.

Music plays an integral role at Prior’s Court, since it signed up with Artsmark, and singing celebrations are a regular event. Students who are non-verbal join in by using props that match the song’s lyrics.

"We also use a giant scrunchie, which the students can grab hold of to feel the rhythm of the song," says Cole. "It’s amazing to see the transformation in engagement. They are happier and it has a massive effect on confidence, too."

Drama, dance, visual arts and visits from professional actors and musicians all form part of the school’s activities. Student talents that may never have otherwise surfaced have come to light as a result of the school’s arts focus, with one young man proving to be a "natural performer", says Cole, and another, a gifted pianist.

Such is the musicianship of the students that they recently recorded a song with the band Low Island at music legend Peter Gabriel’s studios. Released to mark World Autism Day, the song Let Me Shine features Prior’s Court students playing the instruments and starring in a promotional video.

"Autism means it can be hard for students to tolerate their peers sitting next to them. Our activities encourage interaction, which helps with social skills," Cole says. "Art projects also promote collaborative working. With autistic students, everything is individualised. They work on specific tasks at their own individual work stations with individual support. Art is a way of bringing everyone together, of allowing them to share their experiences."

At Gomersal Primary, the link between creativity and wellbeing is also emphasised. During Sats tests, Year 6 pupils have free access to the art room at what can be a stressful time.

"Art has a calming effect, so we find the art room becomes a kind of sanctuary," says Barrett, who gives her pupils individual arts awards on the day they receive their Sats results "to make them feel valued and know that the arts are valued, too".

"Learning should be fun, exciting and creative," she adds. "We do all we can to empower children through the arts."

Victoria Briggs is a writer and education journalist

Find out more information about the Artsmark Award here